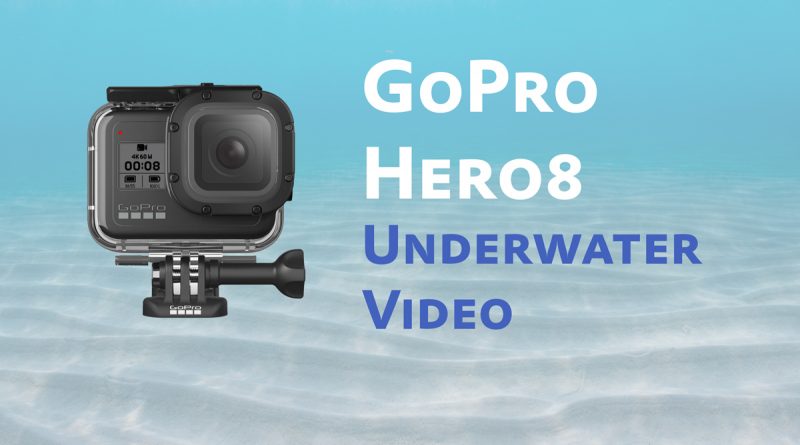 GoPro just announced a big upgrade with the GoPro HERO8 video camera. I’ve shot with GoPros underwater since the Hero 3 and have been keen to follow the upgrades with each model. Here’s everything you need to know about the HERO8 for underwater video.

What are the New Features of the HERO8?

The GoPro HERO 8 boasts a number of new features aimed at a quickly growing audience segment of content producers. Think video bloggers on social media stories, YouTube and other media distribution platforms. These include:

Be Sure to Watch

Yes, image stabilization is a huge help when filming underwater. As a scuba diver, freediver or snorkeler, keeping yourself and your camera stabile is the first priority when shooting, however a great IS system helps to smooth out the remaining shake and make your footage more professional and polished.

The new built-in mount is a cool feature for those who are snorkeling or using the camera on land, but not important to those diving below 33ft (10m), since we’ll be using the new GoPro HERO8 Dive Housing. This housing has its own mount.

Will the HERO 8 Mods work Underwater?

No, the new mods will not work for shooting underwater video while attached to the HERO8. While the LED Light Mod is waterproof to 33ft (10m), it must be mounted to the Media Mod, which is no waterproof. The Display Mod is also not waterproof. So in short, while you could use the Light Mod independently underwater in the shallows, the full mod kit is not design for underwater video. These mods are clearly aimed at video content creators and bloggers.

Fun Fact: I had actually drilled a hole in a Hero 3 housing years ago and bought an adapter so that I could use a 3.5mm microphone jack for recording audio topside. I even had some emails back and forth with GoPro’s PR folks at that time. Looks like enough of us asked about more serious audio quality!

Are the New Digital Lenses good for Underwater Video?

Yes, the Digital Lenses will be great for underwater video. GoPro digital lenses is simply a new name for the menu used to toggle between GoPro’s fields of view, including superwide, wide, linear, and narrow.

Divers will need to pre-set the lens they’d like to use based on the dive conditions and anticipated subjects, since adjustments cannot be made once the GoPro HERO8 is inserted into the Dive Housing.

Now we’re talking! We have limited ability to change GoPro settings underwater when using the super suit. The best example would be using a narrow field of view (now a digital lens) for macro, and superwide or linear for larger subjects.

With the new Hero 8 capture presets, we can program several different settings and toggle between them during the dive!

There’s one caveat though, which is how you access the capture presets menu. If we can’t access it through the new GoPro dive housing, then the new feature isn’t very useful underwater. I’ll update this soon.

We’re yet to see if this is an increase in dynamic range from light to dark (resulting from sensor improvements) or in the camera’s processing of the data to deliver a better blend of images and exposures. Maybe it’s both!

The GoPro HERO8 has a new design, so it’s natural that we see a new protective housing for the camera. I also see it as a way for GoPro to bump sales numbers similar to the way Apple forces you to purchase accessories and services to lock you into their product ecosystem.

Does the HERO 8 Dive Housing Work with other GoPros?

No, the HERO8 dive housing will work exclusively with the new GoPro HERO8 camera.

Will my Super Suit Housing Work with the GoPro HERO8?

No, your current super suit housing will not work with the new GoPro HERO8.

Will my Underwater Filters work with the GoPro HERO8?

This is to be determined and I’ll have an answer soon. The new protective housing port looks very similar to the super suit port, so there’s a chance you’ll still be able to use all your filters upon upgrading to the Hero 8.

Check out my favorite GoPro Filters for Underwater Video.

How Deep Can I Dive with the Hero 8 Dive Housing?

The new GoPro HERO8 dive housing is rated to 196ft (60m). This is beyond recreational dive depths, so you’re all set. Just remember to be vigilant in prepping and maintaining your dive housing.

Is the Zeus Mini Good for Underwater Video?

I would not recommend the GoPro Zeus Mini for underwater video. Your video light should be mounted away from the camera, not directly attached, which will result in better light, contrast, color and minimal backscatter.